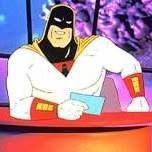 Where did I leave my keys?